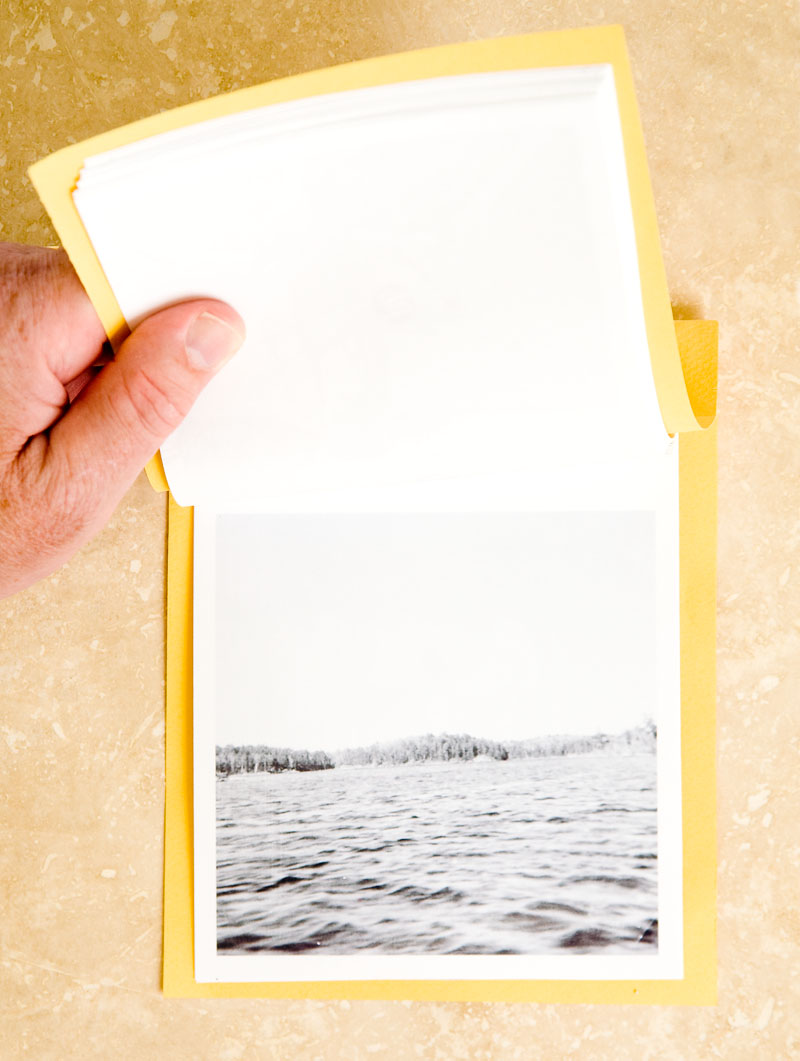 One of the more interesting outcomes of Le PhotobookFest held earlier this month in Paris is the inclusion of the book dummy for my Pine Lake in a Box of Dummies tour (a hitchhikers guide to the galaxy) that is taking place for the next twelve months. Eleven book dummies will be packed up and shipped between the various The Photobook Club events. The tour is being hosted by The Photobook Club, the brain child of Matt Johnston. The intent to place these books dummies on tour is to provide other photographers and those interested in the photobook medium an insight to the raw conceptual designs of a photobook as it works its way to eventual publication. Yikes, I almost feel like a rock star, as this is my first touring event!

In January, the first stop is the The Photobook Club – London and then followed by The Photobook Club – Madrid. I hope that all of the contents and parts of my Pine Lake book dummy remain intact. I have already had to replace the fishing line with split weight for one of the books in Japan.  As intended, the fishing line (5 lb fly line) is translucent and difficult to keep track of, a great metaphor for a memory.

The other photographers and their book dummies that will be also included in the Box of Dummies are detailed here and include;

Where The Birds Used To Sing by Zoé Beausire

Did we ever meet? by Elena Kholkina

The Anomalies by David McBride

At Once by Anna Meschiari

One thought on “Pine Lake – On Tour”