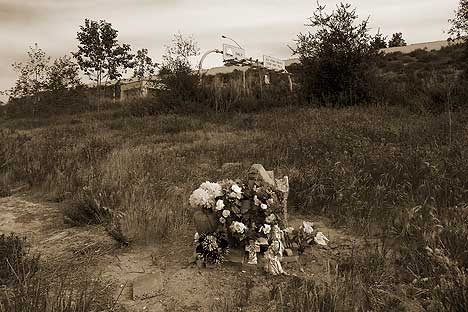 So today, I will write a little more about this series and I anticipate getting off the photographic subject towards the end…

I think that we all recognize that photography and our photographs document something that may not occur again, a point in time.  And that a photograph may be all that exists from a performance or temporary installation, such as the 1976 installation art piece by Christo and Jeanne-Claude, Running Fence. What we know of this installation piece today is only from the photographs that were made and remain today.

So likewise, when these three memorials were removed, all that remains are the memories of them and the photographs that were made, such as mine. But I also wonder, how much of what I did, to photograph them and then have the photographs published, did that lead to their removal and demise??

Its the old cause and effect concern, as these memorials were in place, some for at least nine months and then the month that my series is published in LensWork,they are removed. I am aware that the State of California has a policy for their highways that directly prohibit the installation and on-going maintenance of memorials or other non-state approved signs and installations. So I have to wonder, did some bureaucrat read the magazine or this series brought to their attention and then they directed their removal? hmmmm

For the image below with the flowers, I do not think anyone thought of the flowers as being a permanent memorial. When the flowers were subsequently replaced with the wire and cloth angel wings attached to the fence, it appeared that someone was thinking of a memorial of more permanence. But this was removed too, so that now there is not any presence of a memorial on this overpass. 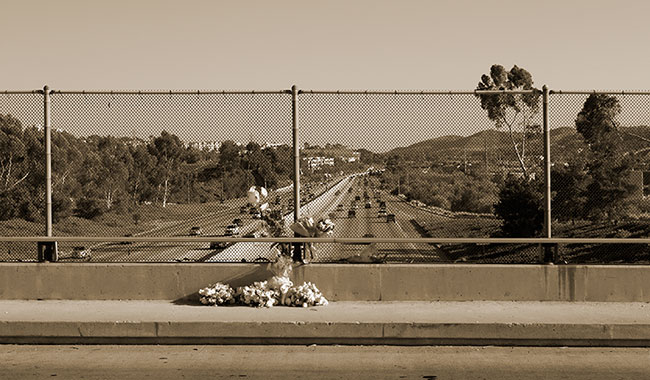 For the memorial image that is at the beginning of this post, that was not a ‘permenate’ memorial, in that it was not fixed to the ground in any way. But never the less, over the last nine months it was not removed and the maintenance crew had worked around it, as was visible during their quarterly grass cutting. But as of yesterday, it was gone. Easily picked up and disposed of.

For the third memorial, in the two images below, there was a lot more work to remove the memorial, in as someone had originally dug out an area to install the shell of arts.

Thus, this morning I saw where all of the parts of this memorial are gone and that the area where the shells were removed, that they had brought in some extra soil to fill the space in. And they have packed it down to give a nice uniform appearance. There are some traces of the packed earth, but those will soon fade too. 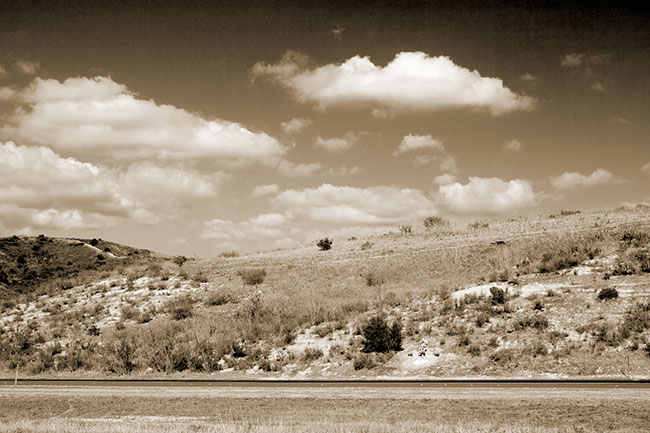 And so, my series takes on another aspect, as a document of something that was and is now gone, and even more of a memory, of both of the memorial and what the memorial signified. I knew of the tranistional nature of these and other memorials, even when they are actively tended to, but I am not aware of another region of the US where they physically removed and eliminated.