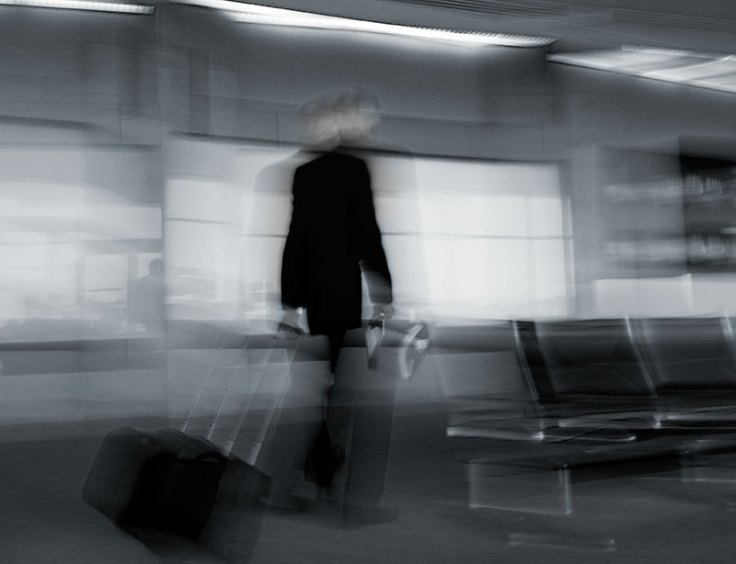 One of the outcomes of gaining clarity of a project or series, is that all of a sudden, there are seeming less decisions to be made. As to what I need to do just seems so obvious. I am also realizing that with a cinematic story, in my role as a director, I have a lot of creative latitude. Kinda of enlightening.

So earlier in the week, I really tweaked my two prologue photographs, including giving them the horizontal flip to provide better directional flow. Then it dawned on me, I did not really have an effective ending to the story, the suitcase sitting on the bed had just too much ambiguity and now did not feel right. What I wanted was something more like the prologue, the traveler back on the move again.

But of course, to where? Maybe to home, but then again maybe on to the next temporary lay-over?  Of course the cycle will be repeated soon enough again. Which is why I really like this particular photograph, one person, but also a duality, which for me is symbolic of internal angst and conflict that results from traveling away from my family.

Update: Although for a good portion of this project, I have been the person in the photo, for the prologue and ending, I have been working with other images that I made. Another nice autobiographical touch to this photograph (other than finding a fitting image of an older guy) was that he is carrying a book. And that the book is not well defined.