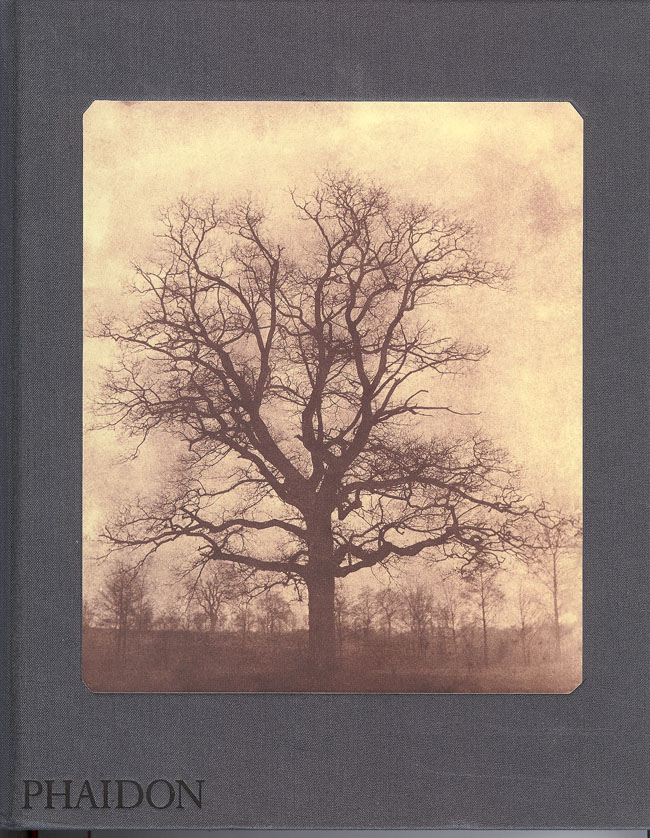 Well again, I succumbed to temptation at the book store. This time it was a retrospective of the developmental and creative work of one of the early photographic pioneers, William Henry Fox Talbot, published by Phaidon last year. I had been thinking again about who would be on my list of 50 photographers you should know, and for me, this is the guy that should be the lead-in photographer on my list.

Regarding the aesthetic merits of his photographs and this book, I’ll be publishing a review on The Photo Book late next month or sometime in August. Regardless, I found this a hard book to put down, it just kept leaping into my hands regardless of the late hour.

I had always associated Talbot with the very crude early photographs and later the contact calotypes, but Talbot had realized the potential to capture a “negative” and then subsequently print the “positive”. Such as the “Oak Tree in Winter, 1842 – 1843” that is the tipped in image on the books cover.

So not only are Talbot’s early scientific discoveries for both photography and book publishing of great merit, but I have found that his body of work (some 5,000 photographs) is wonderful as well.

Okay, this is where my list starts for the 50 photographers that you should know. William Henry Fox Talbot.

One thought on “Keeping a broad historical perspective”