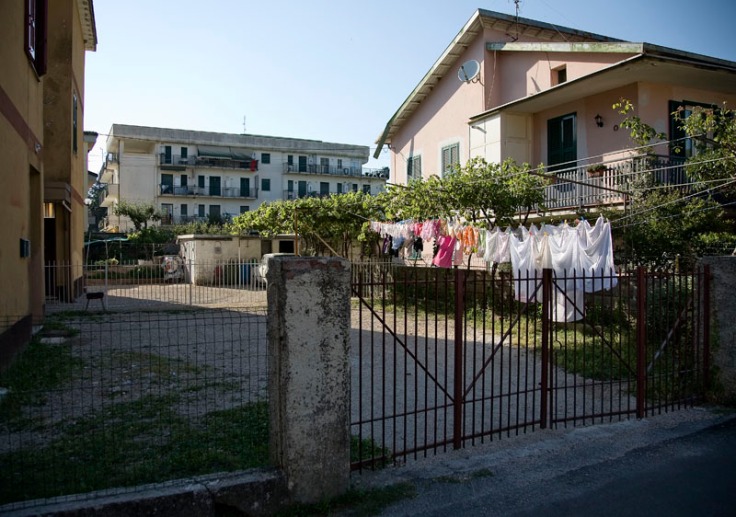 I am back walking Fiuggi again in the hot of the Italian summer, although a tad bit cooler here in the foothills South of Roma. Nevertheless, I am spending considerable time in and out of this little town, an interesting mix of tourism, old town, new city and an ongoing transition between the two. I had assumed that I would be spending some time here over a six to nine month period due to a short term assignment.

Interestingly, when I was heading over to China, I was like really stressing out about what photographic project I was going to complete, figuring I would be there from four to eight weeks, not knowing exactly where or when. In the end, it took three trips for what I was interested in to really gel. But I have not been trying to figure out a project for Fiuggi, Roma, or even Italy. This time, I just chilled out and started taking photographs. In China, I tried to figure it out, try to understand China, the people and the culture.  Here in Italy, I am open to the flow of things. I am not absolutely sure of what changed, but I think it might have been reviewing Andrew Phelps photobook Not Niigata, where he spent three weeks on a commission photographing Niigata, Japan. Phelps was born in America, has spent half his life living in Austria, and found himself photographing a town in Japan. In his introduction he states:

“ But what does it mean to photograph with the pretense of documentation? I find it is easy to get caught up in chasing an illusion of what I think a place should look like: preconceptions are powerful and the quest to understand a place often leads to a greater misunderstanding. The best I can do is tell the story of my three weeks of traveling and responding visually to a place I don’t necessarily understand. It is the story of not understanding Niigata.”

And so, I don’t think that I can understand Fiuggi either. Even being a European country that has similarities to North America, it is not Southern California where I live, nor Michigan, Arizona and Pennsylvania where I spent growing up. It is Fiuggi. So now I walk and take photographs that are about not understanding Fiuggi.

And maybe I shall be the better for it, eh? Grazie Andrew!