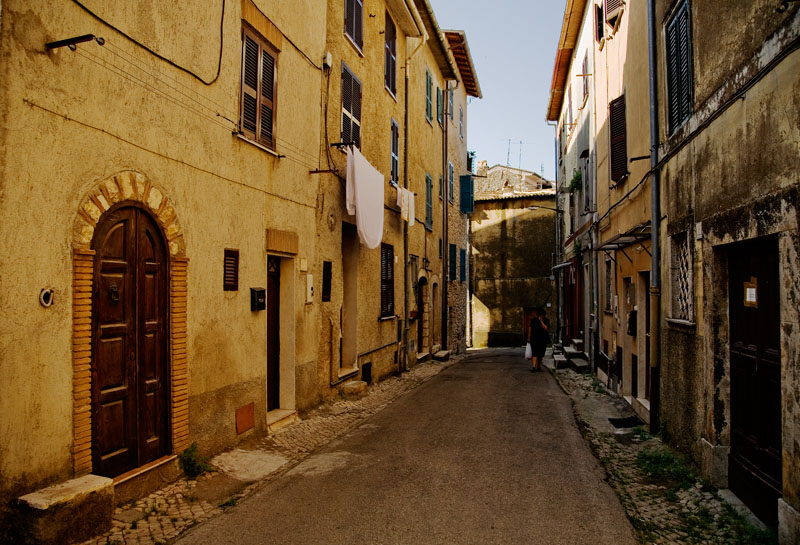 This may be as good as it gets regarding a press release, but the extremely good news is that Edizioni Punctum (aka Punctum Press) will be publishing my project Ciociaria, probably in the Fall of 2011!

I just met with the Marco Delogu, the publisher, in Rome to work out the details, which is still a bit vague until we finalize the book with the designer. But in principal, the trade edition will be a hardcover with dustcover, approximately 8 x 9 3/4″ horiztonal format, 96 pages with 45 to 55 color photographs. The text will be in both English and Italian. The first edition printing will be approximately 1,000 copies. Very nice.

So just where am in with this project? I have a ton (okay, approximately) of photographs and I have completed my first edit and now I am down to about 350 photographs. Shortly I hope to have that down to 250 and this is where the difficult starts to arise. From my previous experience in developing a photobook, as I edit my photographs I am also taking into consideration the pairing of image (across the spread), sequencing and the potential layout on the page, all within the context of the narrative I am developing. Next is to refine the photographs with the goal of whittling the number of potential images to about 100, which I will then meet with Marco and the designer to work on the final selection.

Of course to complicate things a little, I am now back in Italy and continuing to photograph this region.

The context of my project is best illustarted with my artistic statement for Ciociaria, which is now revealed:

There is a loosely defined region in central Italy that encompasses places called Anagni, Pigilo, Fuiggi, Morolo, Acuto, Torre Cajetan, Ferentino, Fresinone and Porciano. The people of this Latin region have adopted a traditional name, Ciociaria, which is derived from a particular ancient leather sandal, ciocie, worn long ago and yet still today by a few sheep and cattle herders. I am attempting to create a poetic and interpretative narrative while I investigate the memories of this culture and region.

I am an American and I have only the slightest ability to speak Italian. I was neither raised in this region nor can I claim to be very knowledgeable of the culture or customs, I am an outsider. I have the eyes of a patient observer who intermittently over the last year has been walking, much like the Ciociaria of old, through this region as a photographer-flaneur. I do not really know the people and this culture, but I observe rituals that seem familiar to me, which tug at my own memory. This region remains an allusive mystery to me and reveals many hints of an unknown culture, with an occasional glimpse of events that seem familiar. This photo-project should not be considered an inclusive study of the entire region, but an outsider’s observations.

Of what came first, the terrain that shaped the culture, or have the people shaped the earth in their own image? Eventually, the people had the equipment and tools to shape the earth, but in the case of the Ciociaria, the terain was here first and the people adapted to this land. It still appears that the Ciociaria have a strong relations with the soil. Although there appears to be a long history steeped in the working of the land with olives, grapes, sheep, and goats, the urbanizing sprawl of the hill top cities has reached down and out into the valleys and country side.

One thought on “Ciociaria – Edizioni Punctum”