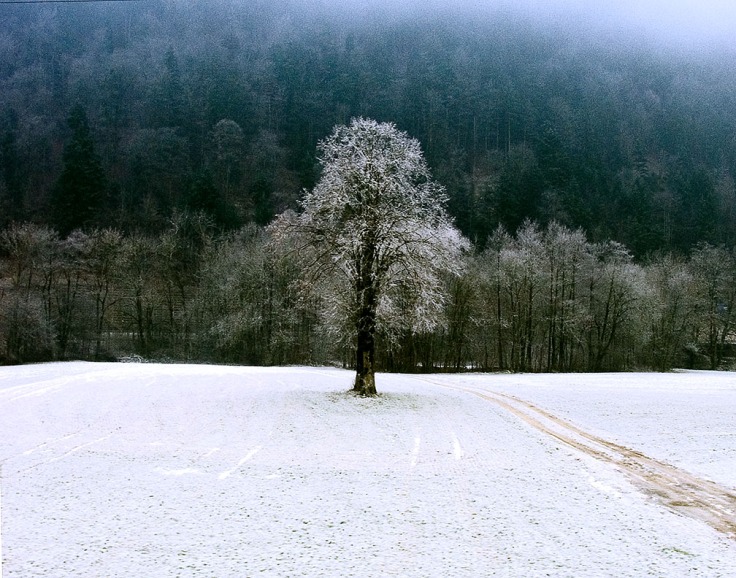 Since my family and I celebrate Christmas, one of my holiday traditions is to design, produce and address the Christmas Cards. And of course the center piece for the card is the Christmas photograph. It has been our practice to not include photographs of ourselves, but rather something that might appear celebratory and enjoyable (as my wife would say, “appropriate”).

Typically for us an appropriate photograph for the Christmas season would be a winter landscape. This is a bit odd in that in Southern California we do not have snow during the winter and in Israel where the original birth occurred, there is not any snow at this time of the year either. Perhaps this Christmas photographic subject is a tradition that is linked to our growing up in the MidWest when snow was definitely a frequent occurrence during this time of year. I do recall waking up on many a Christmas  morning to a fresh layer of snow over top the previous mushy snow.

I had anticipated that our late November trip to Denver Colorado would be a great time to make a Christmas photo, especially since there was a forecast for snow. Regretfully, although I did come away with some urban snowy landscape photographs, none of these were deemed “appropriate”. Thus I did a deep dive into my photographic files to find something a bit better suited.

I actually find myself looking for the photograph above, which I made while I was working on a project that frequently took me to Switzerland. At this time in 2005 I was just starting to experiment with digital photography and I was using a 4 Mp Canon G2, which looked and handled amazing like an old Leica camera. The hassles of film though customs and detectors was still a nagging issue, so I wanted to start exploring the digital capture alternatives (I was already scanning my 120 negatives).

I have good memories of these business trips; non-stop from LAX into Zurich, then from the airport taking the express train to Biel and from there, jumping on a local train to La Chaux-de-Fonds. What I quickly learned was that you can hop off the train at any station and in almost exactly one hour, the next train would stop and you could hop back on again. Thus my stop in La Heutte in January with a short, cold walk-about and noticing this singular tree in a snow covered field with the forest on the mountain behind it fading into the winter fog. At the time, I think I was using Photoshop CS and when returning home, I was less than thrilled with my RAW conversion, but this image still lingered as being a potential someday.

And so with Photoshop CC, the “someday” has successfully arrived. Enjoy.