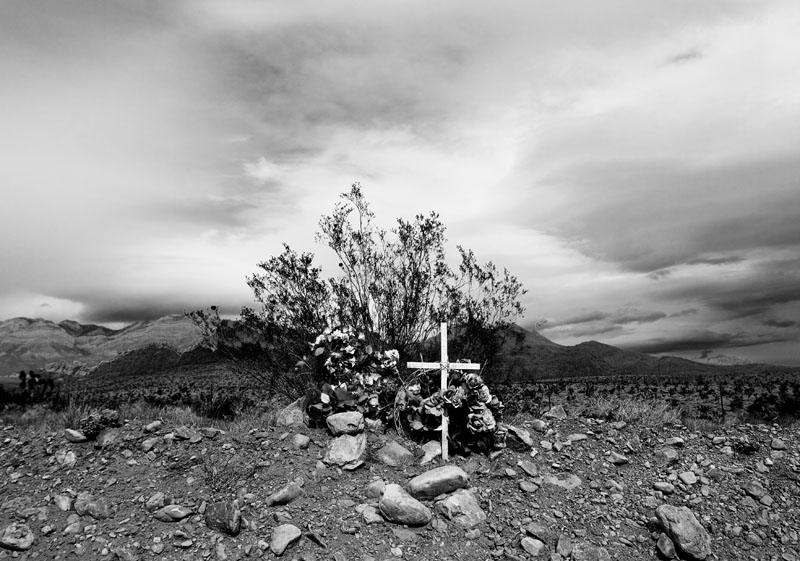 I’m about a third of the way through revising all of my In Passing (project originally titled Bad Trip – Sad Trip) images and as usually it is more complex than just deleting a layer in Photoshop. Sometimes there is a need to revaluate the entire tonal range of the image so this has been a very slow process. After completing the new edition of “straight” prints, then the evaluation process of the entire series, which will take some time.  I find that when I the eliminate the diffusion effect on most of the images the image actually read better for me. Although for a coupe of images, the diffusion effect seems to look better, and for a few, a more localized application appears to be an effective compromise. Nevertheless, I am removing all of the image diffusion effects.

For this blog, the image above is a straight black & white version of Randy. It still retains most of its high impact qualities for me, but there is an interesting effect with the diffusion in the immediate foreground that is no longer present. Not sure what that was and why that was. This project was not initially an attempt to create a “high concept” artistic body of work. It still is my reaction (documentary?) to what I saw and how I feel about it.

Working on this series some more today, plus a visit to the doc for a Hep-B booster shot as it appears that I have a better than 50-50 chance of heading back to China for a client project. I still have not spent much time on the few images I made from the last trip yet either, as I have been kinda consumed with getting the In Passing series relatively completed.

But I did make one observation in China as I did not recall seeing any roadside memorials like these here in the U.S. Thinking about my numerous trips into Western Europe a couple of years ago, I do not recall any road sider memorials there either. So perhaps this is a U.S. phonemenon? I completed only one cultural anthopology course, so I do not feel qualified to state that the roadside memorials are only a U.S. cultural expression of grief, BUT so far this is only where I have seen them. oh, well, back to printing….

June 11th 2011 update: I have updated the image in this post with my current interpetation of this photograph, with the warmed toned version that was in my original post, below. 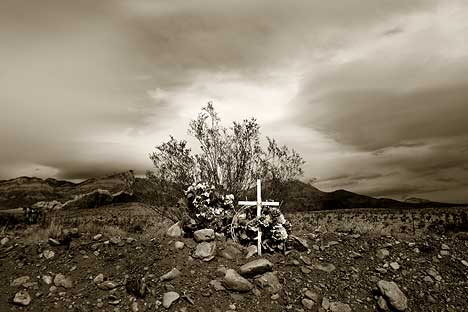 4 thoughts on “Editing – Never that Simple”