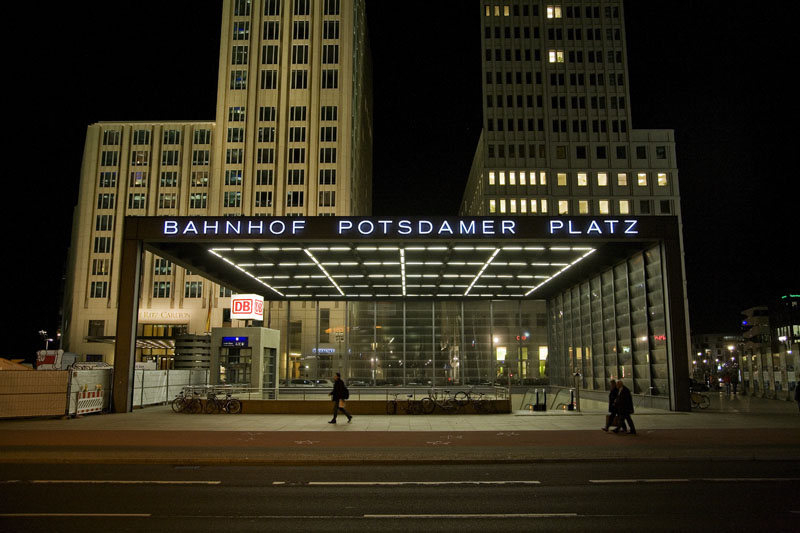 A couple of weeks ago I had my first opportunity to visit Berlin. I drove over from Hanover, but missed the transition from the old Western Germany into old Eastern Germany, probably because I was driving a bit too fast on the Autobahn in the far left lane when I realized the rest stop on my right was the old border crossing. So I missed a cliché. But I did capture the “Check Point Charlie” cliché while in Berlin.

My hotel was right on the edge of the transition between the former Eastern Berlin and Western Berlin, but only one late evening stroll to photograph. But lordy, I needed the excercise and other than a strong breeze, a nice evening for a walk. So for me a traditional walk and reactionary photographic event. I have been thinking about a Metro project, so I continued to work on framing that concept out, but it is still in the early stages.

4 thoughts on “Berlin a couple of weeks ago”