All Photographs Copyright 2011 by Douglas Stockdale

I have continued to think about the body of work that I created while I was in China during 2007 and 2008. While in the midst of my stay, I had a number of potential concepts, but in retrospect, not really concrete enough. I know that while in China I was reacting to the rapidly changing landscape that was being directed by their government, the old hutong neighborhoods were being rapidly wiped out in place of towering apartment homes or vast acres of industrial parks. I attempted to create a narrative with my series of triptychs Re: Development.

There were three other visual aspects of my time in China, and for these I chose the project names of Chinese Picture Postcards (MingXinPian), I’m Just Looking (Wo Zhi KanKan) and the third is Flow of Light Brush the Shadow (Lui Guan Lue Yin). I also had chops (stamp blocks) carved for each of these in the Mandarin characters by my favorite chop carver in Shanghai. But regretfully, I have continually moved my images in and out of my project storage folders, vacillating as to which photographed belonged with which project.

At the moment, I find myself getting more traction for my conceptual intent for this project, Flow of Light Brush the Shadow. The name of this project came about over discussions with a few Chinese artists as to my intent to capture a fleeting moment, as to not really understand what all was occurring around me, but to gain a small insight, a momentary glimpse. Interestingly, I think that Andrew Phelps photobook Not Niigata has helped me with understanding an external context to my experiences in China, which has also helped with establishing the context for my photobook Douglas Stockdale Ciociaria that I photographed last year in central Italy.

An additional layer that I find myself adding to this project is that in retrospect, many of my photographs remind me of my dreams and memories of this time in China. There is a real mash-up of indistinct, blurry and hazy impressions intermingled with a few sharply focused memories, some small details that stick to my gray matter like super-glue. Likewise, memory is far from perfection, as it also incorporates inaccuracies that distort reality, creating a state of altered reality, which is equally fascinating to me.

So I shall start my sort again for a potential photobook for Flow of Light Brush the Shadow based on a blend of these concepts; fleeting dreams and memories that hint at a complex and possible altered reality. 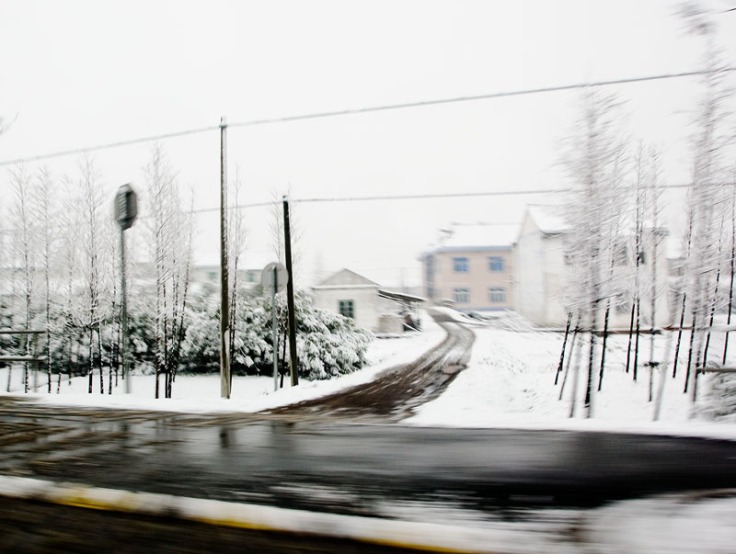 2 thoughts on “Flow of Light Brush the Shadow”