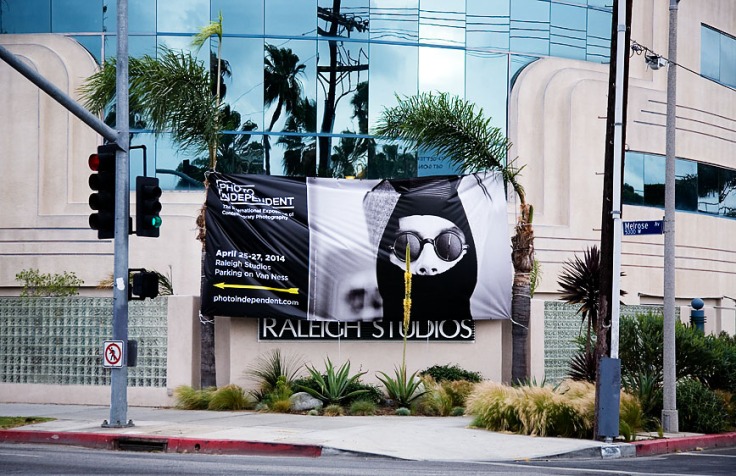 This past weekend there were two photographic fairs in L.A., and in fact they were adjacent to each other. The largest of these was the second Paris Photo LA held again on the back lot of the Paramont Picture Studios in Hollywood. I wrote about Paris Photo LA in a lot more detail and posted photos on The PhotoBook blog, as my main reason to attend Paris Photo LA was to look at and acquire photobooks.

Thus, a little about the Photo Independent fair. This was it’s first year and similar to events in Paris for Photo Paris, this venue is attempting to take advantage of the large crowds that the Paris Photo LA attracted last year (as well as this year!). In this case, the venue was another film studio, Raleigh Studios, literally across the street from Paramont on Melrose in Hollywood.

I was gifted by Susan Burnstine with a VIP pass for the Friday’s opening night and I was able to weasel this into a PRESS pass and then onto the Raleigh Studios back-lot parking. I took an hour to walk the pre-opening and take some photographs before heading across the street to Paris Photo LA. I returned back for the 7pm VIP opening and walked the two stages where the photographers were exhibiting. The emphasis of Photo Independent was on individual photographers showing their work, versus the emphasis (and pricing) on galleries exhibiting at the Paris Photo LA. Note: unlike Photo l.a. earlier this year, I noted that Paris Photo LA had a much higher percentage of solo exhibits.

First the back lot stages at Raleigh Studios are small than Paramont Pictures, thus it seemed both more intimate and smaller in scale overall. It also meant that for the opening night, it did not take long to get this place crammed with VIPs that were strolling across the street from Paris Photo LA. I saw a number of familiar faces, thus I think the location strategy for Photo Independent was very successful as they were trying to do their best to not step on big brothers toes.

Not sure how the Photo Independent turned out for those who participated as I have not heard from anyone this morning. Most were going to be happy to break even with their investment and appreciate the heavy crowds that resulted from their proximity of Paris Photo LA. and hopefully make some good connections. 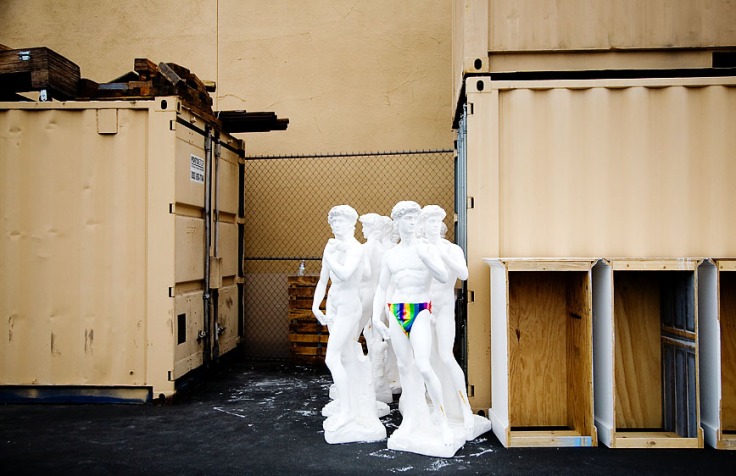 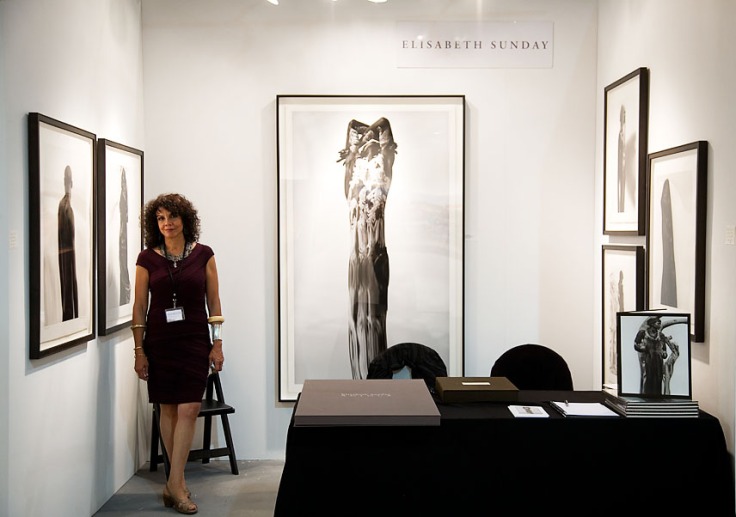