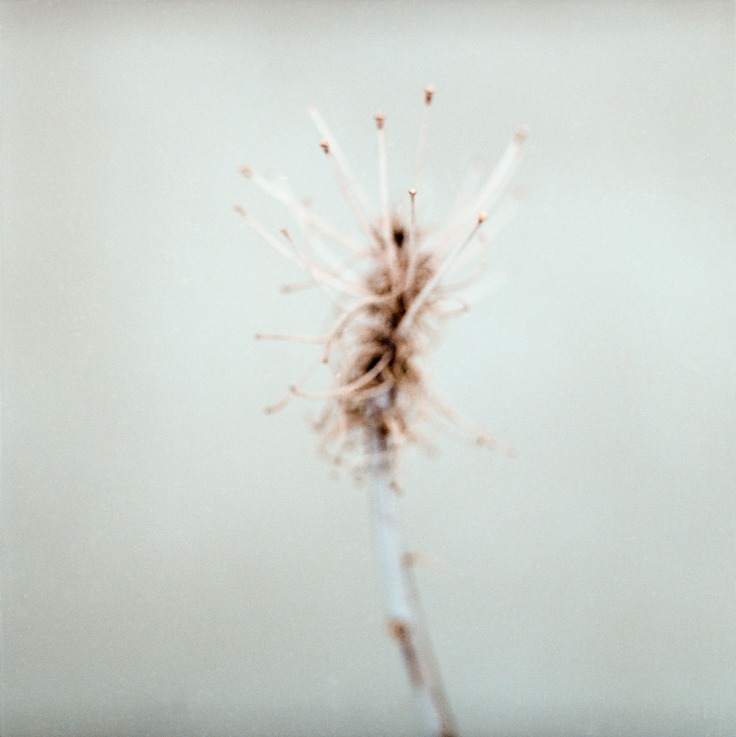 I just finished scanning this negative from my Memory Pods project. For this photograph, my subject is just barely out of focus. I have determined that this negative in conjunction with two others from this same studio session might create an interesting triptych, a progression of the same subject slowly going out of focus with this image the third of the three. I am currently scanning the #9 negative, which has one of the extended tips in focus, then when that is complete, I will load #10 into the scanner which will have a bit more in focus.

Pre-visualizing this project as a published book, I would anticipate that this three image progression would be ideally suited to a gate-fold. One image, probably the one with the most focused memory pod, would be on the outside and as the gate-fold is opened, the reader would see the progression of the subject fading away with the two remaining photographs.

Second, this studio session was the result of wanting to create an analog/film version of my earlier digital image titled “Ghost“. I know that I can not exactly duplicate this earlier photograph as the actual dried stem was discarded a couple of years ago. So I am attempting to obtain the similar emotional image that I was initially drawn into investigating.

One thing I have to admit; previously I mostly scanned black&white negatives or color transparencies, thus still a little getting used to scanning and subsequently processing the color negatives.