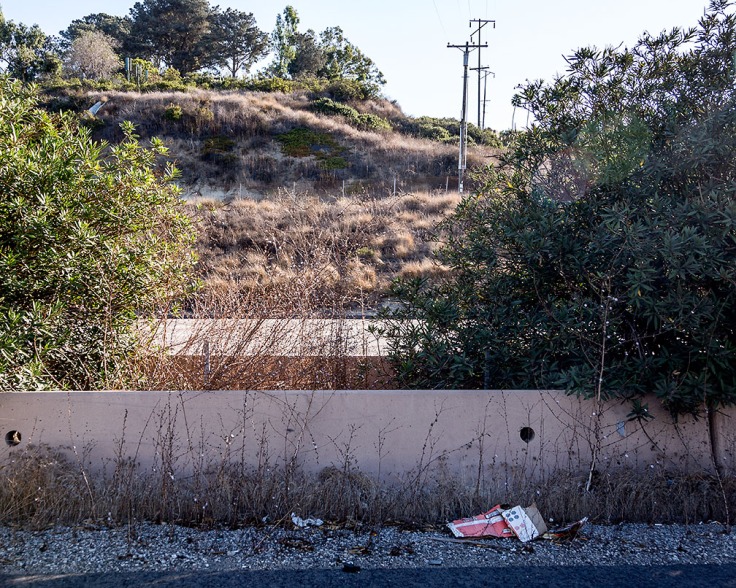 Contextualize; the artist intends to explain, justify and extend their body of work. Similar to the write-up a gallery will provide for an artist’s work that might need to be re-positioned as to it’s artistic merit (such as being “collectible”, thus you should buy it), as example a searing war documentary image as being an artistic work when “documentary” photographs are not frequently considered “artistic” and thus the documentary label could be the kiss of death for a photographers body of work.

Part of my reason to reexamine my artistic statement for Middle Ground stems from the feedback during my artist talk at my solo exhibition’s closing reception (at Fabrik Project) and some comments from subsequent photobook review submissions. Although I see the symbolic potential for this project, I am growing aware that the subtle is greater than I had anticipated. Or at least the viewers sense something that they cannot seem to put their finger on. Middle Ground is mainly be discussed as an ambiguous and mysterious urban landscape project. Okay, while that’s good I was expecting a deeper dive into the conceptual ideas behind it.

Thus my underlying concept for this project to provide a parody of a polictical “Bigley” wall is perhaps so subtle that it is not being quickly perceived. Thus I need to restate to my “roots” for this project as what pulled me in to want to create this project in the first place. Which by the way, in talking to a lot of other artists and photographer, is not a unique situation for a body of work in which the subtle may be lost on the audience.

There is the quick read with immediate visual impact artwork and then there is the work that asks questions and beckons for a long look and more consideration.

The actual visual subject of my project, an extensive section of the urban landscape flanked by a pair of roadways, is really fascinating. Living in Southern California we spend a lot of time driving our freeways, but frequently cruising in our dream world we are not really observing what we driving by. If you take time to look at this no-man’s region situated in the median of the roadway I think you will find it is complex and visually layered.

Perhaps one comment that was made about this project helps place it into perspective, that it is beyond being banal, as this is an urban landscape that is not being noticed. Which I think I agree that these are photographs of an urban American landscape that we frequently encounter yet remains relatively unseen, perhaps what lends some of the visual mystery to this body of work.

Similar to the recent photographs of the British urban landscape photographer Simon Roberts and those photographers featured in New Topographics, a landscape project with an attempt to present a visual neutrality, presented as seemingly factual and in a non-romantic manner that one does not usually associate with an idealized southern California. Perhaps why some reviewers try to pigeon-hole this project as strictly a documentary genre. I will admit that there is an element of that in the way I have framed my subjects, but then isn’t most natural and urban landscape as well as street photography “documentary”?

I recall the old saw about politicians, which is probably equally applicable to artist, that if you have to defend an idea or statement, you are on the losing side of the equation. sigh.

Maybe why the curiosity about my photographs from this project; I think these trigger a memory without the ability to find a mooring for it. As though there is something vaguely familiar about this urban landscape but lacking in an identifiable context.

I still think that my conceptual idea is providing the guiding rudder for my editing of the images and how these inspired my artist book’s leporello design. So I am not walking back on this aspect of my project.

In conclusion: Middle Ground is an urban landscape study of a unique region of southern California with a mysterious dark undercurrent. It has the potential for a metaphoric narrative; (dangerous) barriers that appear to prohibit progress if you don’t know where to look.

What do ya think?

Also a reminder that my artist book Middle Ground is still available for purchase; message me for more information. And yes, I am continuing to assemble the books with another visit to the post office yesterday for book homes destined in Hong Kong, Spain, Russia and Colorado.

One thought on “Middle Ground – contextualized”