This was a good week for expired 120 film donations for me. I was starting to run a bit thin in my expired film inventory while working on my project Gardening for Ordnance and starting to get a little stingy in my film use. My idea is that while working on a memory project that dates back to WWII (1940’s) that using old expired film might add another dimension to my narrative. Especially if there are any serendipitous visual effects that occur.

So far I am not seeing a lot color variation in the final processed film results for the expired film I have been principally using which was Fujichrome that expired about 2006. This next batch of 120 film might provide a little more variation as the expiration date for the Ektachrome is 1996, 1997 and 1988. During the week I have already used a couple of rolls of the ’96 vintage, so it will be interesting to see what comes out of the soup next week.

I also received a small donation of some expired 120 black & white roll film that is even older going back to a 1984 expiration date, which means it was probably made about 1982, thus almost 35 years old. Very cool! I do not have a specific project in mind for the black & white film yet, but now that I have this film in hand, I will be a bit more receptive to my artistic muse.

Of course if you have some expired 120 film laying about that you would like to get rid of, message me ;- D 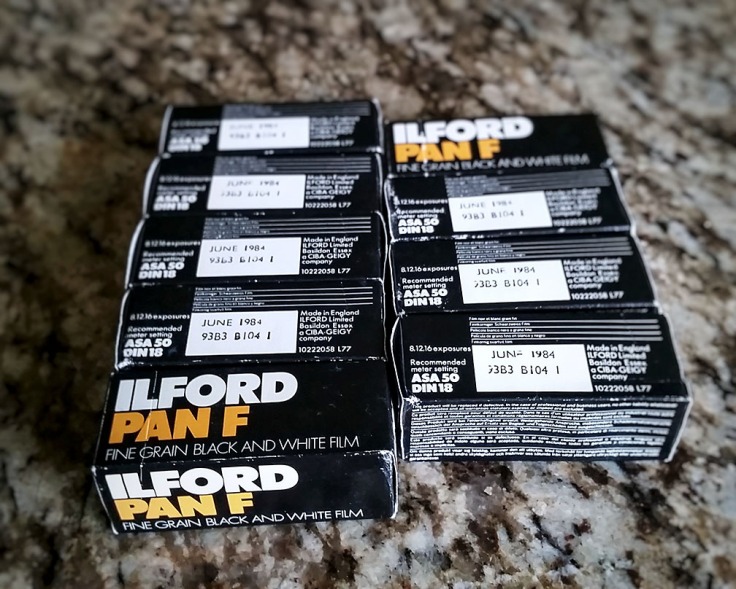