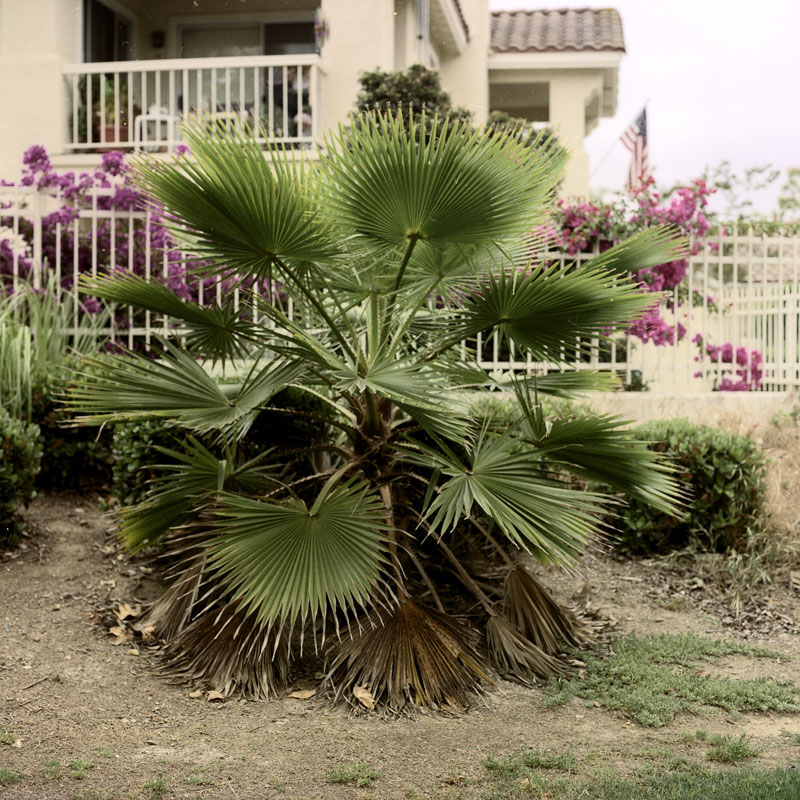 Late February I was working on the scanned image of the palm that I photographed as a part of a new project. In a post about this image, I had concluded that I needed to photograph this composition again in the early afternoon sunlight. Which I thought today was a good day to do just that. I had four exposures left on the roll of film in my camera back, which I suspected would be just the right quantity to complete this composition and then head over to the photo lab for processing.

When I arrived at the location, something looked very odd as I was having difficulty getting my bearing when it dawned on me what the issue was. Somebody had cut this palm down! All there remained was a flat stump at ground level. Egads, there went that idea. Of course I have no clue as to when this event occurred as my original exposure was in 2008. What’s that old saying about you can’t go home again?

So in the meanwhile, this image above may be included within the current project, as it ties to the concept that I am exploring. This photographic also highlights my current issue with film scanning, as the color shifts are proving difficult to correct.