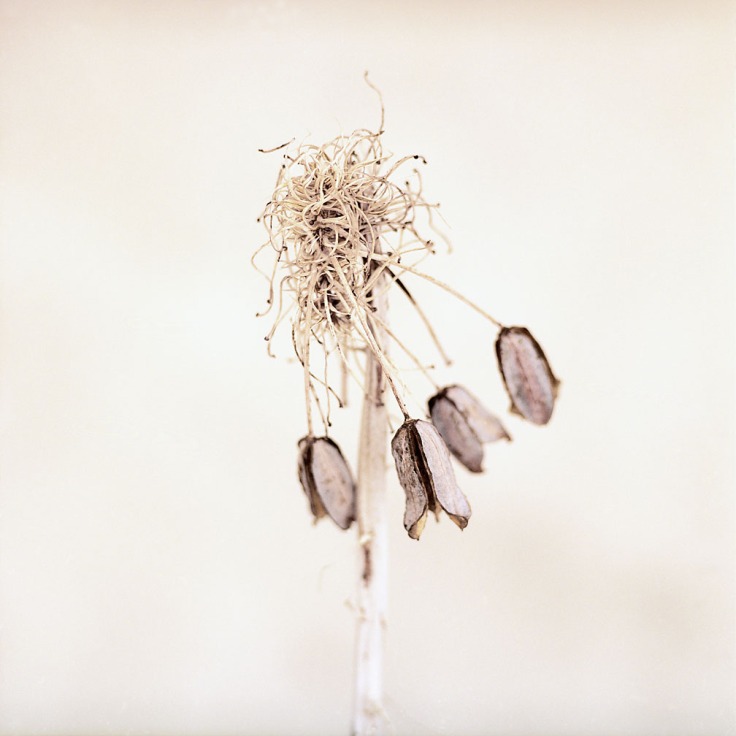 The photograph in this post is the results from my previous two posts; Hasselblad Ready for its Closeup and, part 2. Essentially I want to see if my Memory Pod subjects look like when captured on color negative film, in this case the Kodak Portra 160.

For the first step of comparing  8-1/2 x 11″ prints,  there are some subtle differences compared to the high resolution of the full frame Canon 5DMkIII and a lot of differences with the Samsung 5S digital images. The new film series is not meant to be comparable to the Samsung 5S with the SnapSeed post processing images. I think that I still need to tweak the dark values of this image a little and then make a 16×20″ for a print comparison.

Interesting that for the native RAW Canon 5DMkIII file of 22.3 mp, a 16×20″ print max’s out at 200 dpi with the file without having to up-resolution the file, while a 4,000 dpi scan of the 6x6cm color negative (Nikon film scanner) provides a file that can provide a 29×29″ print at 300 dpi. I need to double check how large the size print is if I use 260 dpi for print setting  for the film file (note: this turns out to be 33×33″ print). Thus to print both the Canon5DMkIII and the film scan at 30×30″, even with up-res of the digital file, I would expect to see some differences in the image quality.

The second part of the equation is the 24-105 L f/4 lens, which has macro focusing capability, on the Canon 5DMkIII versus the 150 mm f/4 Sonar lens with the two extension tubes for the Hasselblad. It would seem that these are pretty close to equivalent relative to full frame digital vs medium format film focal length (about 2x normal) & aperture. So far, inclusive, but the film image seems to have more depth of field than the digital image, which does not make sense to me.

I see that I need to create some more color negatives to be sure ;- )