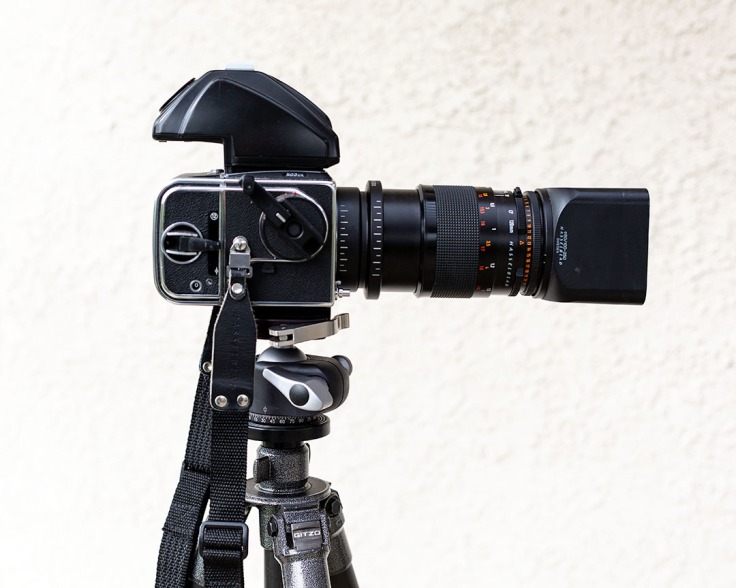 I just noticed that my Memory Pods subjects are just starting to bud and as I stated at the end of last year for this seasonal year I needed to augment my 120mm Makro lens with an extension tube. Primarily to increase the magnification by focusing closer and to be able to fill the frame with my subject.

While investigating the extension tubes I came across the Hasselblad notice regarding the need to very carefully follow a very strict order to mount and dismount extension tubes. Yikes! I guess it is better to find out about this later than never at all. So here is what Hasselblad states to do OR you will lock up your camera and lens (which I can attest to!);

First: mount the extension tube to the camera body. Make sure it is in sync with the lens mount (cocked).

I wish somebody would have told me this a year ago as I might still be using that same 500 C/M and the two 21mm extension tubes now in conjunction with the 120mm Makro.

I still wanted to purchase a single extension tube and I had two options; a 32-E (which is a 32mm extension tube) or a 56-E (56mm tube). The two previous 21mm had provided a combined 42mm of extension which seemed okay with my 150mm lens, but that lens did not focus as close compared to the 120mm Makro. Regretfully the Hasselblad lens charts did not make much sense to me, but my gut said that a 32mm tube would probably work really well with the 120mm Makro while the 56m might provide too much magnification for what I intended to photograph. Thus I bought a used 32-E extension tube that was stated to be in great shape.

What I had also noted from the on-line comments about extension tubes and per Hasselblad that when using this extension tube that I was going to loose about one stop in exposure. So I did a test bracket with a roll of film to ensure that this was true, but in retrospect, with the 120mm Makro in the close focusing mode, you also loose about a half stop in exposure. Which I forgot to take into consideration. Bummer. My Fujichrome 100 has an ISO 100, so the very first exposure was not adjusted for the light loss, then the second exposure was calculated using an ISO 50 (essentially my EI, Exposure Index to use the zone terminology) with my spot meter to give an extra stop (more light) in exposure. When I evaluate the processed film (I had also included a gray card in some of my test photographs) in about one week, I should be able to calculate how much I need to adjust the EI (Exposure Index or my ISO) for the film with this lens and extension tube combination.

This is getting pretty exciting for me. I really, really like what I was seeing in the view finder with this 32-E extension tube and the 120mm Makro lens while photographing my subjects. It appears that I had chosen well with the 32-E purchase as the framing of my subject is just about perfect as to what I was pre-visualizing. Btw, anyone wanting to donate a 56-E for me to evaluate would be very much appreciated!

So now I am waiting on the results. Yes, I do not process color or black and white film any longer so I am at the mercy of the pro film processing lab. Otherwise this roll of moderately expired film would have been in the soup this afternoon and I would be able to provide more feedback. So you, like me, get to work on our patience together.

Btw, I had purchased an expensive (cheap!) lens hood for the 120mm Makro which after a year, fell apart. sigh. So I purchased a used Hasselblad lens hood for this lens and after removing years of tape residuals, is working and looking pretty good.