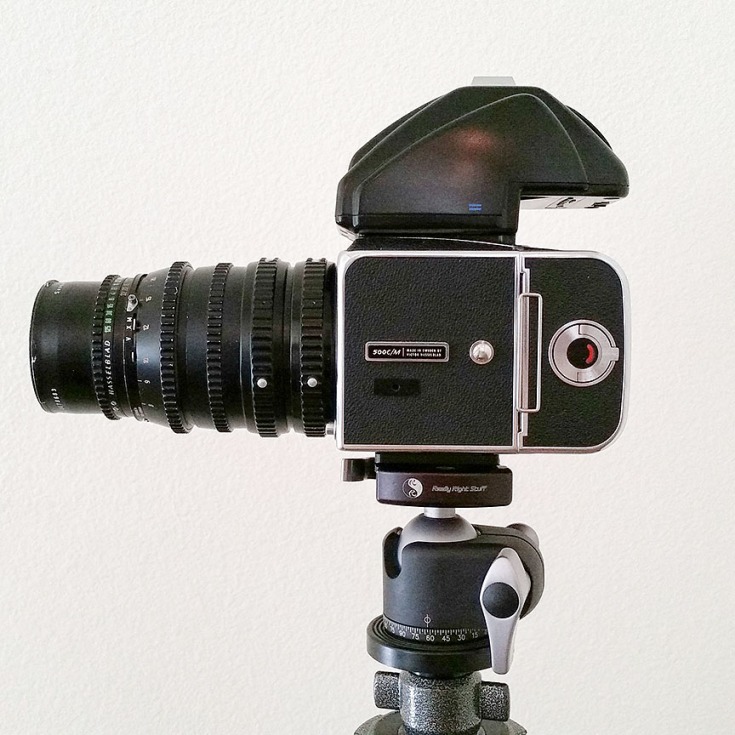 In my recent post about my walks off the grid and the potential start of a new photographic project, I had stated that I want to start carrying my Hasselblad film rig with me to continue this exploration. Which meant that I needed to remove the 150mm lens with the two extension tubes (above) that I am using for my Memory Pods project and then mount my 80mm lens.

Uh oh, the lens did not want to come off this morning and as I quickly feared that I was hit with the dreaded & infamous Hasselblad lens-jam. Oh Jamnation!!!

Fear not, I have been down this path before, so I quickly removed the film back and using a small tool, manually cocked the shutter and presto, the lens came off. Very nice.

So over to my favorite local camera shop who specialize in used camera gear and where I have purchase most of my used Hasselblad equipment. They fiddled and fiddled and came to the same conclusion; the body was jammed and it needs to see a specialist. All of this just before the holidays. Normally a one to two weeks to get a quote from the repair shop but now I am looking at mid-January before I find out the prognoses as well as the cost of the fix. sigh. My oars for using the Hasselblad and film are temporarily out of the water.

All the while a used Hasselblad 503cx was available at the shop (8+ quality). Nice feature about the newer Hasselblad body’s is the gliding mirror to reduce the mirror slap and it has the TTL for a specialized strobe (thinking it might work with my Norman studio strobes as well). Although tempting, I first need to figure out what’s happening with old 500 C/M body first, then consider replacement options if I need to go down that path. I would rather spend that same amount on a used Hasselblad 60mm CF lens.

So in the meantime I will carry the 5DMk3 with me instead on my walks.

Update: I have since learned that there is a very specific process for using extension tubes with the Hasselblad, that will help you avoid the Jamnation Blues, which I explain in detail here.