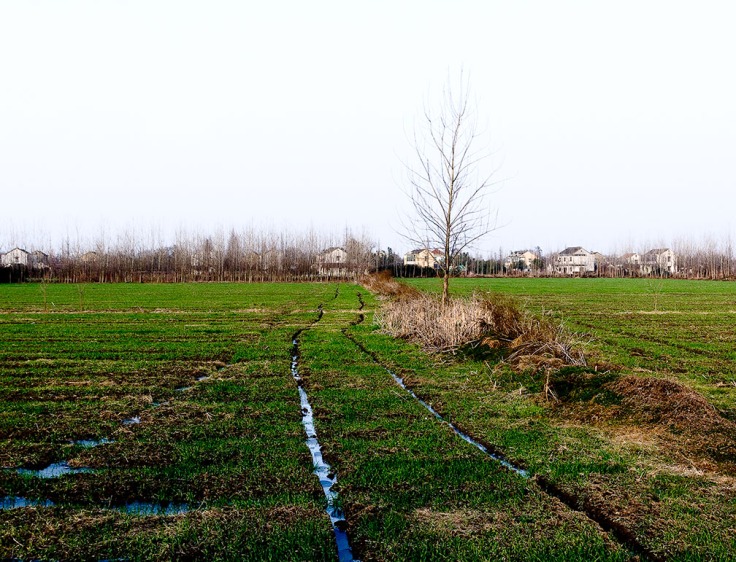 As I discussed a few days ago, I am creating a series of loose, un-matted photographic prints for sale at my gallery, Fabrik Projects, located in Los Angeles.

One of the loose photographs that I have been thinking about making available at Fabrik Projects is the featured photograph above, Winter Field, JiaShan. This photograph has been a really popular contemporary landscape image on Bing Images since 2008, which I had not realized until I had made a Bing Image search and reported here. In fact I did a quick Bing Image search for the subject Contemporary Landscape Photography yesterday and sure enough, there was Winter Field, JiaShan again, now in the third row of images, down just a little bit from being the very first contemporary landscape photograph. I am still amazed by that.

In the past eleven years that Winter Field, JiaShan has been getting top billing on Bing I have not sold any prints of it, but then again, I have not make it available for sale either, or at least until now. So why is that? Up until recently, I was not sure how the urban landscape photograph of Eastern China fit within my artistic practice. Perhaps this body of work had to percolate a little bit longer than my other projects. This may be due to the fact that this body of photographs are a result of a non-photographic assignment that I completed in China. I did not travel to China specifically to work on a defined photographic project, but similar to a group of holiday photographs, I made these photographs because I was there. Repeatedly over three trips lasting a total of six weeks in a one year span.

Nevertheless, while in China I was both impressed and repelled by their rapid rural, urban and commercial transformations. As though China was trying to blot out their prior rural cultural history overnight. Also evident to me that in the process China was wiping-out vast amounts of social memory; homes and hutongs (neighborhoods) were being quickly destroyed and replaced by towering apartments or expansive industrial complexes. That is the essence of what I saw and what I attempted to capture.

The working title for this photographic body of work from this series of trips: Wo Zhi KanKan, which the English equivalent is: I am Just Looking. This is a Mandarin (Chinese) statement that I learned upon arriving in China which came to my aid on various occasions. While walking about with my camera and confronted by an individual who asked me something (I don’t know what) while pointing to my camera; my response was “wo zhi kankan” while pointing at what I was talking a photograph of. That usually brought a smile, then a shrug and then they would walk away (probably did help that I was usually smiling while making this statement). I must have also appeared as an oddity, thus attacking some attention, as on my most of my trips out into the countryside for my assignment, I rarely saw any non-Chines individuals.

Thus, this personal project, Wo Zhi KanKan, is primarily about my gaze upon this changing rural and urban landscape. I was witnessing past communal memories being transformed into someone’s idea of cultural progress.

Winter Field, JiaShan will be available at Fabrik Projects beginning in September, 2019. The photograph is 13″ x 16″ on a 17″ x 22″ sheet, archival pigment print on Hahnemuhle Rag Pearl in an edition of 10. Let me know if you have any questions.