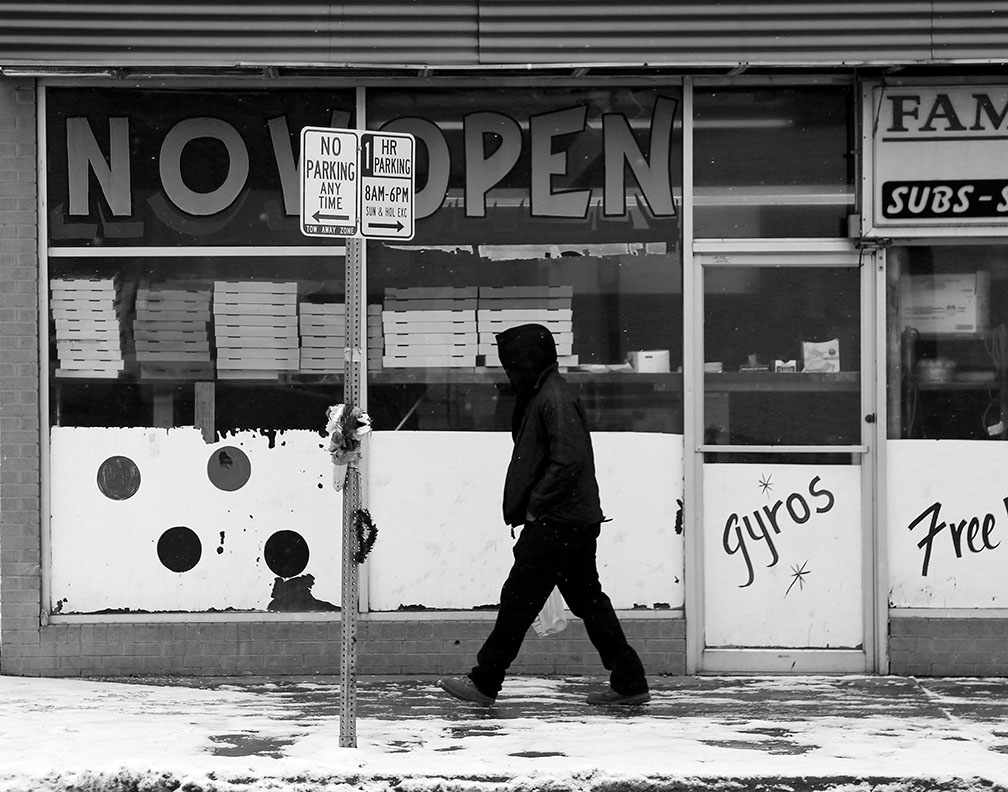 While I was working on my Roadside Remembrance series  in Denver Colorado over the Thanksgiving weekend, I had an opportunity to develop a Surrealist photograph.

Knowing of Henri Cartier-Bresson’s compositional practice of arranging a potential image and then waiting for someone or something to happen, I had not realized the Surrealistic theory behind it until recently. I had an opportunity earlier this year to review Clement Cheroux’s biography of Henri Cartier-Bresson – Here and Now (published by Thames & Hudson) which connected the dots for me. In the photograph above, I was following Andre Breton’s surrealist theory called Fixed-Explosive, which denotes the state of something simultaneously in motion and at rest. Henri Cartier-Bresson felt that this was one of the surrealist concepts that uniquely energized  his compositions and characterizes many of his famous photographs.

For me, I was not intending to create a surrealist photograph, but I had set up the camera and tripod to document this small roadside memorial. Then I noted the guy in the dark hoodie approaching and I could not resist making one more exposure as he walked towards the memorial. The man is dressed entirely in black with the hoodie concealing his face and he has his hands in his pocket in conjunction with his anonymous appearance creates a sense of surrealistic mystery that is in line with Breton’s theory and HCB’s practice. Even to the point that the individual in my photograph is captured in mid-side with his front foot still suspended in air.

I do not think that this photograph will be in my final project as all of my other photographs are devoid of people. Nevertheless I find this photograph very interesting and perhaps HCB is smiling down on me.