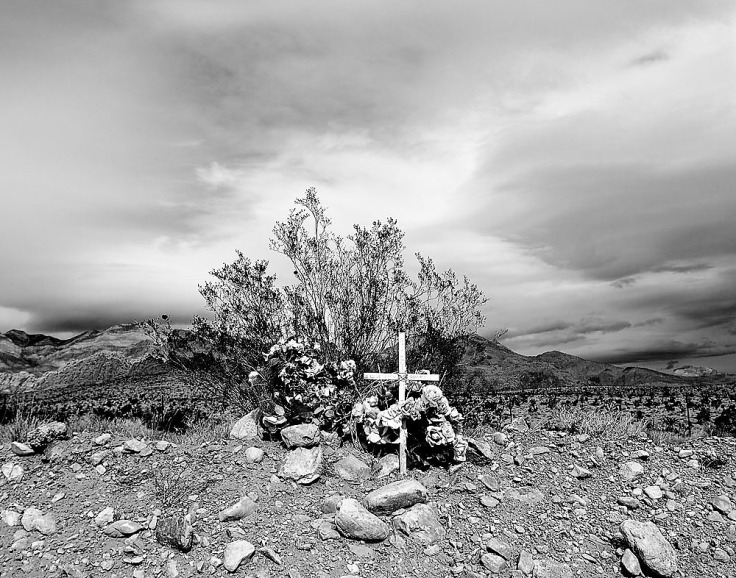 Reading the recent October issue of PDN magazine, which is their annual photobook issue, I found myself thinking back to my real first photographic project, a series of roadside memorials. As a quick recap, it was a series that I became very fascinated by in late in 2006. This project gained real momentum in 2007, as I made note of each various roadside memorial we came across and I quickly tried to figure out when and how to photograph each one. This Black & White photographic project, In Passing, was subsequently published by LensWork magazine in their Jan/Feb 2008 #74 issue, then I self-published a hard cover photobook  of In Passing using Blurb (which was juried into a self-publishing photobook exhibition in Portland, OR) and one image, Winter Field, Route 30, Indiana was published in Brooks Jensen’s Looking at Images in 2014.

During the publications, I had read Nathalie Herschdorfer’s book Afterwards (Contemporary Photography Confronting the Past) and began rethinking my earlier decision to convert my photographs to Black & White and that using the original color could be relevant. Meanwhile I still found myself photographing road-side memorials, but now staying with Color, not transforming these photographs to Black & White images. Concurrent with the color decision I had also decided to rename the project to Lest I Forget.

So I am now back full circle, with the project again in Black & White. And reconciled that the project should have a combination name; In Passing – Lest I Forget.

In the next couple of weeks, I plan to write more about the continuing metamorphose of this photographic project.

One thought on “In Passing – Lest I Forget”