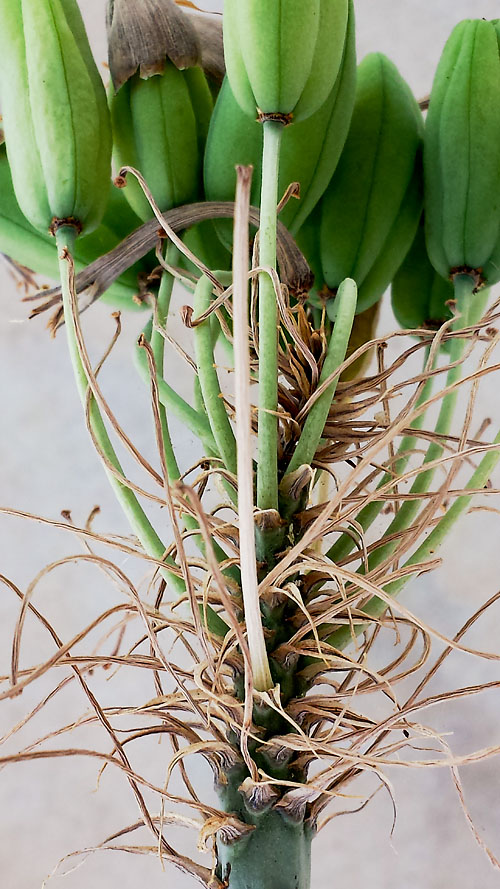 A version of this photograph was one of my early Memory pods #05 that I had heavily manipulated, see below. In conjunction with version #01, this photograph was drawing me deeper into this investigation of memory and its preservation. In both versions of this photograph, I was interested in the visualization of the missing (memory) pod. With the desaturated version #05, I think that the stem that is missing the pod is very subtle, almost lost amongst the forest of parts, as compared to the version #27 above.

I had not really noticed until last night the the missing pod also meant the death of the stem that had supported it, which was now turning white. The whiteness of this stem as it was in the midst of dying gave me a jolt. I have heard that for the Japanese culture white signifies death and is a color of morning but I am unsure of this. Nevertheless, it is strange to see the whiteness of this stem as compare to the others which still retain the pods.

Second, I have provide a more descriptive title for this photograph. While working on this body of work some of the images seem to elicit a possible name in addition to the series number, but until now I have not included it. I will see how this aspect of the project progresses and if a title of a photograph seem appropriate, I will add it to my working files, then determine the path forward.